How To Drive Your Japanese Used Car In Heavy Traffic Of Pakistan?

How To Drive Your Japanese Used Car In Heavy Traffic Of Pakistan? 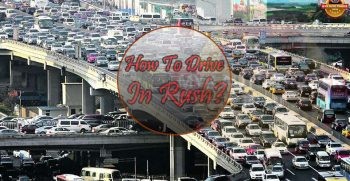 Rush hour and heavy traffic can be a nightmare for all drivers. The fact behind this issue is that the Japanese used cars are easily available in Pakistan and we have a huge traffic load on our roads. Due to this issue in this world’s sixth largest country, driving tips in heavy traffic must be given to the drivers so that the drivers can handle their vehicles more efficiently.

The traffic jam issue has become the biggest threat to most of the countries in the world. And of course, every driver wants to avoid this rush of heavy traffic while driving a Japanese used car in Pakistan. But along with that, the anger and rage of the drivers in this particular situation can create more problems so to solve this issue, there is a need of some wonderful tips to handle this difficult situation intelligently.

Plan Before Going Out For Driving

Try to get information about the rush hours and timings when heavy traffic is on roads. Although sometimes it is not possible to avoid it, if you are going on a long trip, try to plan. Normally, you have to face heavy traffic right after 09:00 PM and it continues until the morning so, during these times, you can avoid driving. In the morning, due to a great rush in front of schools, colleges, universities, and workplaces so avoid the driving in these particular timings. The same situation can be faced in the off-timings of these places.

Do Not Distract Yourself

During the rush hours and on heavy traffic roads, do not distract in other activities like using a phone, drinking, frustrating and turning on the music.

Over-speeding can be the cause of accidents in rush hours and heavy traffic so follow the traffic rules to avoid any kind of problems on the roads.

Do not try to rush in this particular situation. Even on the motorway and highway, you must try to keep your Japanese used car in control especially on the Pakistani roads. This activity will provide you with more safety and keep you relaxed and comfortable.

If you are driving in heavy traffic, be focused and concentrate on the roads and vehicles around you. It will help you to keep you and your vehicle safe.

Be Defensive While Driving

Do not show an aggressive approach while driving in rush hours. Keep calm and continue driving by keeping you on a safer side.

It is a basic rule in driving that you must have a distance of three seconds from other vehicles, whether driving on a highway or in rush hours. It must be followed strictly when you are driving a Japanese used car in Pakistan.