The Future of Used Japanese Cars in Kenya

The Future of Used Japanese Cars in Kenya 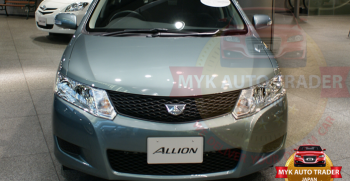 Kenya is one of those African countries where growth and development can be seen with the naked eyes as it is expected that the GDP growth is to increase and per capita is on the positive side as well. This is due to the fact that there is a huge development in the construction, telecommunication, agriculture, and tourism and transportation industry. This development has increased the business opportunities for the Japanese car exporters in this country as people want a vehicle for them to move within the cities of the country.

The facts also support our argument when we talk about the imports of Japanese used cars as Kenya has now become one of the biggest importers of these vehicles as well. The country has passed Chile and Russia in this regard and now this market is one of those most attractive places where Japanese used cars are imported due to meet the higher demands of the people.

When you have a plan to buy a car for you in a specific city, you must look closely at the major cities. When we talk about Kenya, there are two major cities named Nairobi and Mombasa where you will see numerous car brands and models on the roads during rush hours.

Although there are numerous brands and models, when we talk about the Japanese cars in Kenya, there are Toyota, Suzuki, Honda, and Nissan which can be your choice, as well as these cars, are considered the most economical and reliable vehicles in the world. It is also important to mention that these used Japanese cars are the most common in Kenya as well.

When we talk about different models of world-renowned Japanese cars, we will tell you that Toyota has the models of Vitz, Belta, IST, Auris, Probox, Fielder, Wish, Allion, Premio and Succeed Van in Kenya. Honda also shows its presence as there are Fit and Accord can be seen on the roads.

Isuzu, Ford, Nissan, Volkswagen, and Audi also have the market, but the most popular vehicles are Japanese used cars so there is a great opportunity for the Japanese car exporters in Kenya to introduce new, unique and economical models in the country for getting maximum financial benefits to them.

Overall, Kenya has now become one of the most progressive markets for the auto industry and there are great opportunities in the country for the importers to invest in this business and generate maximum profits in the coming years as the demand is increasing with the development of the country.