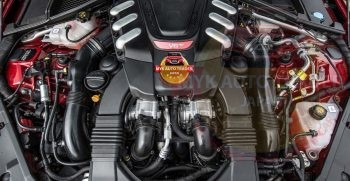 You must be informed almost about all the common topics if you are addicted of social media or have a gathering of well-informed people. Car talk is one of those discussions in which you need maximum information. Mostly, the people around us have good knowledge about Japanese cars and are ready to defeat you at any time.

Torque is one of those car discussion topics in which people share fake information in the gatherings and on social media. They try to win the debate on the basis of baseless information because others do not know much about it.

Let’s find some basic information about Torque and its implications!

There are some basic questions about torque, which are:

Generally, the rotational force of an engine is called torque. In the past, the manufacturers did not mention it, but now, when we have heavy vehicles around, it becomes important to mention. With the import of Japanese used cars to Jamaica, Kenya and South Africa, the torque value has become more important because people are now interested in larger and heavier vehicles and they have specification charts.

The basic purpose of torque in a car is to accelerate. When you will go to the specification page of Japanese used cars in South Africa, you will get the values of torque there. To reach at the maximum value, there are revolutions per minute (RPM). If these revolutions are higher, the acceleration will be faster.

Tips For Buying A Car With Higher Torque

If you want better acceleration in your car, you need a car of higher torque. For that, you need to follow the given tips:

If you have a combination of speed with excellent performance of the engine, you have got the best Japanese car now. I think you have now all the answers about torque. If you still believe that something is missing, you must follow our blog where you will get something more very recently about torque and other specifications.