How To Address Traffic Problems In Kenya

How To Address Traffic Problems In Kenya 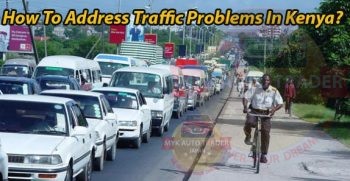 How To Address Traffic Problems In Kenya?

Traffic congestion is the most concerned issue for Kenyan government because according to estimations and research findings, people are facing an estimated and approximated loss of $500,000 per day in the form of fuel and other aspects of the vehicles. When we talk about the capital of Kenya, Nairobi, it was built only for 0.35 million people, but now, the estimated population is 3.4 million people.

If the population is increasing in such a high rate, the countries need to invest in infrastructure otherwise it becomes quite difficult to live in big cities. But, the issue is that building roads and bridges need also a good investment and governments have to take bold decisions in this regard.

To deal the issue of traffic problems comprehensively, some multi-national companies like IBM Corporation are contributing a lot in Kenya. Twendi division of IBM has been working in this regard for many years and implemented cameras to find the actual issues of traffic flow on the roads of Nairobi. These cameras will help a lot in making the flow of traffic clean and smooth in all parts of the city. The division acquired results in some significant and accurate figures and cost was also cheaper than many other ways.

Twendi division faced some issues in this research. They found that cameras are not good so it is difficult to understand the actual situation. The division also found some government obligations in this regard as the government restricted the division only to some specific areas and locations.

After getting the results from researches, conducing discussions and collecting arguments, the traffic problems can be addressed through following solutions:

Nairobi is one of those cities in the world where this system of telecommunication network has been implemented. If the above described solutions are implemented in the whole country, the government will better navigate the traffic and without spending a huge amount of expensive expenditures.