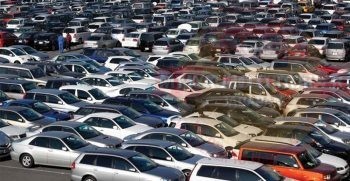 Although the number of Japanese cars imported in Pakistan hiked tremendously over the years, the trend doesn’t seem favorable any further. With the onset of new Japanese car import policy in Pakistan, significant changes are expected over the years. The new Japanese car import policy has been described as a ban on imports on social media and has led to clamor among dealers, businessmen and various stakeholders involved. The amendment in auto import policy calls for decline in imports and boosts local automobile industry as per the government policy.

So what are the terms and changes in new policy? First of all, custom duties and taxes must be paid through foreign exchange and money trail must be provided. Unlike before, money earned in Pakistan can’t be used to pay off these charges and foreign exchange account is mandatory.

The policy will have catastrophic impact on imports of Japanese used cars. Japanese car dealers now will have to arrange for duties paid from outside Pakistan and will provide money trail too. Earlier, fake passports have been used in several instances for imports. But now, importer has to provide passport copy of sender and document indicating money transfer to ensure import of one car in two years on a single passport as required under the policy. Thus the policy will stimulate transparency in dealership across the country. Documentation of imports through banking channel will keep money trail in check.

On the other hand, the primary beneficiary of the policy change will be local automobile manufacturers whose business will be more profitable due to lower competition from abroad. Also, new entrants like Renault and Hyundai will have more business opportunity now. From the perspective of buyers, own price is expected to increase along with booking time.

The policy wasn’t intended towards commercial purposes-instead it facilitates overseas Pakistanis in various scenarios like gift scheme, residence transfer and personal baggage. Under the gift scheme, an overseas Pakistani can gift a car to his family member if he’s been abroad for a minimum of 700 days. Customs and excise duties are applicable though. Similarly, government employees placed outside Pakistan for a minimum of 700 days are also facilitated. Lastly, overseas Pakistanis settled abroad for a minimum of 6 months can also avail the scheme. An important consideration here is that any of these schemes might be availed only once in 2 years on a single passport only.