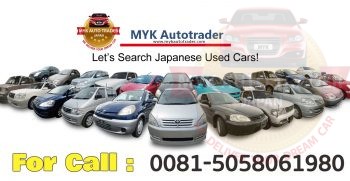 Trinidad and Tobago is a twin island country in which Trinidad is the biggest one. This is basically the part of South America where more than 1.2 million people of different religion and ethnicity live. This is the sixth biggest country of West Indies and the southernmost of the Caribbean. As it is a very small country with full of minerals, it has to import most of the items in which vehicles are also included.

We will discuss in the following lines the most popular Japanese used cars which are loved and appreciated by the Trinidad people:

This compact crossover is the best-selling Japanese used car in Trinidad when we talk about those vehicles which are sold the most. It has a wonderful engine of 2.5 which means you enjoy one of the best and the most luxurious driving of a compact crossover. It has a 4-wheel drive and now, its third generation in the market. The Japanese car importers are still demanding of this beautiful vehicle of one of the best Japanese car brand named Nissan.

As Toyota is considered the best Japanese brand of car manufacturing in the world so you will find numerous models of it in Trinidad. But the most selling vehicles, according to some estimates that Toyota Fielder is the best-selling brand of Toyota in Trinidad. It is a 1.5 and 1.8 four cylinder engine with a high class and luxury driving. It is the part of the eleventh generation of the Toyota Corolla and now available in hybrid engine as well.

The last but not the least which is considered the best Japanese used car in Trinidad is the Toyota Prius. It was available in a sedan form before 2003 but after that, it was converted into hatchback. It is a full hybrid automatic vehicle and United States Environmental protection Agency has declared this vehicle the cleanest one in the world. This feature has made it one of the best-selling Japanese used cars which is available for sale in Trinidad.