Check Out! The New Technology Release In Japanese Cars Of 2018

Check Out! The New Technology Release In Japanese Cars Of 2018 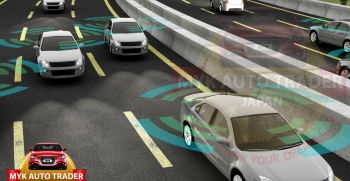 Do you know what is coming in the new models of Japanese cars in 2018? It is a million dollar question and every car lover in this world has his or her own thoughts about the future advancements which can be available in the upcoming models of world-renowned car brands.

It has been observed in the recent years that Japanese car manufacturers have been moving side by side with the technologies and no one claim that these people are not competing with these technological advancements. All these efforts are to facilitate the drivers and passengers of the vehicles to make their traveling safest and smoothest.

The basic concerns of these manufacturers are to tackle the issues which can be faced in the heavy traffic. The increased number of vehicles on the roads has created major issues for the drivers and therefore, the Japanese car exporters have to face numerous questions while they do business in the developing countries specifically. To address such issues, the value of new technologies in the vehicles has increased and people are waiting for something according to the requirements of the present world.

The speed of the introduction of new technologies is very high and most of us have missed some wonderful development ideas which will astonish you with a great deal. We are going to give a brief introduction of the most advanced feature to be released in Japanese cars for the countries like Japan,  and other modern countries in the year 2018.

The year 2018 is going to be a wonderful year when you will see those vehicles which can be converted on autopilot. It means that the car will control everything through the internal system and the driver will have no need to do anything. These vehicles will be called autonomous cars and the quality of these cars is that the cars will be fully autonomous in the next year hopefully.

Tesla vehicle can be the very first one who is going to introduce these autonomous cars, but when we talk about Japanese car manufacturers, Nissan Motor is very committed to introducing these types of cars and they claim that they are going to use the advanced technology implemented by NASA and if they will be able to do it, it will be a great achievement of Nissan. Under this banner, these cars will be said self-driven cars which will change the market for used Japanese cars in Japan and other major developed countries of the world.

The autonomous and self-driven cars will be the real gift for the people of the world as they are fed up with the difficult traffic situations in the developed and developing countries of the world. They want to get rid of this heavy task which is going to be solved in 2018 when self-driven and autonomous cars will be introduced for the very first time in the history.