What should not be done by the women while driving Japanese Cars?

Japanese Used Cars Exporter > Blog > Automatic Transmissions > What should not be done by the women while driving Japanese Cars?

What should not be done by the women while driving Japanese Cars? 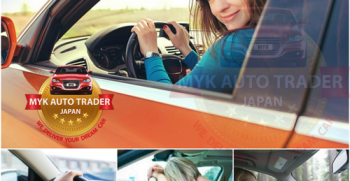 Are you one of those who believe that women drivers do not fare well when we compare them with their male counterparts? Well, you are not a single one who thinks in this way as most of the people in this world think in a same way. The reality is that driving is not gender specific job and both sexes can perform equally well in all the circumstances.

But, the problem with the women is that they have those habits which should be avoided while they are driving, especially Japanese cars with automatic transmission in the hugely populated countries like Japan, Pakistan and United Kingdom, but they do not do so. We want to guide them about these habits so if they will be able to leave these irritating movements, they will become very good drivers as well.

It is very important to mention that poor habits do not mean that you are not a good driver as there are many people around you who are good in driving, but have to face accidents, pay fines due to traffic violations and are convicted due to quirky behavior.

Let’s explore the habits which should be left by the women immediately to prove themselves equal to their male counterparts.

Women always want to look good and it is their right as well. It becomes more important if you are going to attend the next meeting and you have no time to spend time for giving you fresh look, but you must know that driving is a full time job and you must concentrate on it while you are doing it. The best habit is that you must take these two minutes while you are in a parking or in stairs or lifts.

They do something else along with driving

It has been observed after the introduction of the Japanese cars in Japan, Kenya, Pakistan, United Kingdom and many other countries that many people in which women and teenagers have the highest percentage do something else while driving. Texting on a smartphone, talking on the telephone without Bluetooth headset caller and listening songs through earbuds are the habits which must be left by all who do while they are driving as it can be very dangerous for you and your vehicle.

They drive when they are tired or sleepy

Sitting in a bad shape

Most of the women do not how to get a perfect style of sitting while driving. Due to this problem, they cannot control the vehicle properly. There is a proper position which is required to drive properly so you must follow it to keep yourself away from hazards. The incorrect hand position on the steering and wrong style of foot on the speed gear and brakes can also be the issue for you.

Most of the female drivers do not know anything about car mechanism so if there are some voices or some change in the movement of the vehicle, they cannot be able to understand which can cause issues for you as well. Try to keep yourself updated about the car mechanism and be focused on vibrations and voices in the vehicle.