Which Japanese Used Cars are popular in Jamaica?

Which Japanese Used Cars are popular in Jamaica? 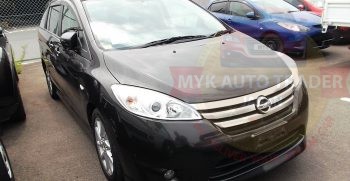 Jamaica is one of the most island countries in the Caribbean and is the third largest island of the Greater Antilles. The population of this country is around 3 million and when we talk about the area, this island is the fourth largest one in the Caribbean. As it is a small country, therefore most of the products are imported in which Japanese used cars are also included.

When we talk about the best Japanese used cars in Jamaica, we get to know that all brands are popular here, but we are going to discuss only top three vehicles in the following lines:

Toyota Crown is one of those models which have become an icon in the automobile industry. Its first model was launched in 1955 and yet now, its fourteenth generation in the market and still popular. It is a full-sized sedan with all the comfort in it. As Jamaicans love long vehicles so it is considered the best choice when we talk about Japanese used cars in Jamaica.

Another popular vehicle which got great appreciation from Jamaicans is Honda Stepwgn which is actually a mid-sized MPV introduced by the company in 1996. Its fifth generation is in the market and have become the status symbol of large families. It is a wonderful vehicle for picnic party, outing and movement of the family from one place to another.

As described earlier, Jamaicans love long vehicles and Nissan AD Van is successful specifically due to its long shape. Nissan AD is actually a station wagon and the manufacturers gave the shape to it of compact van. Its first edition came on the market in 1982 and its Y12 series is in the market. It was considered the third best Japanese used car in Jamaica last year.