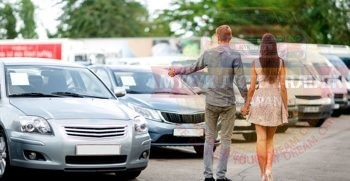 When did the car buyers realize that Japanese cars are the most reliable vehicles in the world? Well, it was the era of the 1980s, when people realized that the Japanese car manufacturers can fulfill all the requirements about the vehicles.

Companies like Honda, Toyota, and Nissan helped Japan established its reputation in the international market during that particular era. Initially, these companies satisfied their local customers, and when they found that they can touch the international car lovers, they aggressively target them. Their plus point has been their long-lasting vehicles that encouraged the buyers to buy the Japanese used cars in the whole world.

Earlier in the 21st century, the Japanese car manufacturers were at the top while talking about affordable and long-lasting features. However, other companies have narrowed down the gap, but still, Japanese used cars are ahead. While talking about the most reliable car makers in the market, you will find seven out of 10 from Japan.

Why is it so? Well, the answer is reliability. Factually, Japanese car manufacturers rely on the demand of the market. They do not like mass-production as they want to reduce wastage and unnecessary costs. This working style helps them produce reliable vehicles that can survive in the bitter situations as well.

Although many European and American car manufacturers are trying to compete with Japanese companies. But, due to a more conservative approach, they are not able to compete with the reliability that has been achieved by the Japanese brands.

The consumers also know this fact. According to some surveys, Toyota and Honda are the best while talking about reliability. The European and American companies rely more on cutting-edge and dual-clutch technologies with some wonderful enhancements in design. It means that they provide modern electronics, chassis constructions, and more complex new powertrains. Conversely, Japanese companies like Toyota still offer four-speed automatic transmissions.

It does not mean that less reliable cars have no market. In case of providing better equipped, better driven, and more efficient cars in comparison with the Japanese used cars in South Africa, Kenya, Trinidad, Pakistan, and many other developing countries, other manufacturers are also acceptable for the buyers as well.

However, there are some exceptions even in the above-described features. For example, Toyota, a Japanese car manufacturer, has a plan to become a pioneer of hydrogen powertrain technology. Another example is Nissan GT-R that has become a leader in providing performance car technology to its buyers. It means that other manufacturers should also think about providing the latest technology to their lovers as well.

The comparison between reliability and modernization

While discussing the quality, Japanese industry is not as good as the industries are. Japanese cars are not very good in the initial stages. However, for long-term users, these vehicles remain attractive. Another important aspect of quality is the availability of luxury, protection, excitement, and perfection. So, if users find the perfection in the other vehicles, he will have a definite alternative to American and European vehicles.

The bottom line is the mentality of Japanese car manufacturers. It plays a major role in their final decisions. Their perception is that their customers love reliable vehicles only. They want to be consistent with it to cement the Japanese export through the major share of Japanese used cars throughout the world.

Conversely, they also accept the value of modernization. For that, they are consistently working on refining and streamlining the manufacturing process through modernism and technology enhancements. However, they will not compromise on providing reliable vehicles to their satisfied customers in any case.