How Honda Is Still Winning The Popularity Race Over Other Japanese Used Cars?

How Honda Is Still Winning The Popularity Race Over Other Japanese Used Cars? 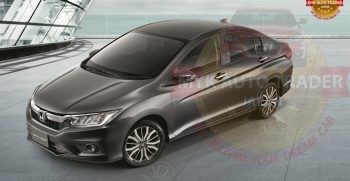 Honda cars have been the most favorite ones in Asia, Europe, North America, and Africa for many decades. Generations on generation this Japanese brand has been producing results for the manufacturers. American, French and German manufacturers are dictating the automobile industry, but now, we can see that Japanese manufacturers are capturing the market quite intelligently. Honda is one of those Japanese brands which has inspired most of the audiences, whether living in the eastern countries or in the western world.

Let’s look at some astonishing facts about Honda which has made it the most favorite Japanese car manufacturer in the world.

Founded By A Layman

Soichiro was the founder of Honda and the most amazing thing about him is that he had no formal education. He launched the brand with the name of Honda in 1946.

Honda Is The Leader In Motorcycle Production

You will see Honda right at the front when you will consider the best motorcycles available in the market. It has the market value equals to Ford and General Motors when we discuss automobile giants in the world.

Second Largest Japanese car manufacturers
Honda has developed a reputation is most of the third world and developing countries and therefore, its business has increased. At the moment, it is the second largest car manufacturers in Japan.

We cannot ignore Honda’s new car tech named V-tech when we discuss the salient features of Honda cars. These manufacturers used car tech for the very first time in car production and therefore, are considered the pioneer of this technology.

Honda also introduced all-wheel drive in the market and the model was a Honda Prelude. This significant shift changed the whole scenario and conventional driving options have become the past now.

The Honda Civic is the biggest achievement of Honda car manufacturers. Since 1973, Honda Civic has been dominating the car industry due to its excellent fuel efficiency of 54 kilometers in a gallon. Even now in 2018, Honda Civic is the most favorite Japanese used car in Kenya, Jamaica, Trinidad and many other countries of the world.

It was 1986 when Honda decided to introduce Honda Acura which was the most luxurious brand of this manufacturer. Although, the success rate was not equal to BMW and Audi but still, it performed excellently even in the US market.

The Most Trusted Brand

No Matter what, the most trusted brand in the world in a Honda. Customers love to buy these cars because they love to have this wonderful vehicle for smooth and comfortable driving.